Hello everyone! It has been a long time since we've had a chance to send out a blog. I must confess - all of our events, lectures, and customers have been keeping us pretty busy! I was also elected president of the Native Plant Society of New Jersey this past spring, which is a great honor.

In the meantime, after a long, hot, and dry summer, autumn is upon us, along with cooler temperatures and regular rainfall in our neck of the woods. This is actually the best time of year to plant most woody plants (trees, shrubs, and vines), along with herbaceous perennials. The cool temperatures and more consistent moisture of fall are ideal for getting plants established! Today we thought we would try to spotlight just one of our favorite species. Nina, our communications director, who has been working at Toadshade since she was a child (Toadshade is, after all, a family farm!), wrote this species profile of the fabulous Northern Spicebush:


Spicebush has long been a favorite plant of mine, personally.


In the spring, Spicebush leaves often collect dew in the morning.

Easily recognizable by its soft, rounded leaves with their distinctive zesty smell, it was one of the very first native shrubs I learned to identify as a kid. And I had good reason to learn it quickly! Spicebushes were common in the healthy, upland woods where I went to summer camp-woods that were (as summer camps often are!) rather full of mosquitos. Folk wisdom has it that rolling a Spicebush leaf and putting it behind your ear acts a bit like a citronella bracelet for helping to repel biting insects, and although I can't swear that it works, I can tell you it's a trick I still use.

You can also make a rather tasty tea from the green twigs of this plant (you can use the leaves instead, but the tea won't be nearly as good). People aren't the only ones who make use of this beautiful shrub, either. Spicebush Swallowtail Butterflies (Papilio troilus) rely on Spicebush as one of their host plants, laying their eggs on the leaves during the summer, then overwintering as pupae, often on slender stems of nearby plants (yet another reason to hold off on cutting back the herbaceous dead stems in your yard over the winter!). Deer, by contrast, typically leave this plant alone. True, deer can't entirely be relied on for consistency, and may browse the green twigs, but the interesting scent of this plant seems to keep them somewhat at bay.


The pupae of Spicebush Swallowtails may also be brown, so keep a close eye out! They aren't always this easy to spot.

Spicebush is a dioicous species (like holly!), meaning that the male and female flowers occur on different plants. Only the female plants produce fruit, of course, and will only produce viable seed in the presence of a male plant. Lots of birds, including Wood Thrushes and Veeries, rely on the bright red, fatty fruits (actually drupes, like olives) of the female plants to help build fat reserves, giving these birds the forage they need to get through the winter. These fruits have also been traditionally used as a spice, especially once dried and ground up, throughout Spicebush's native range. I haven't tried this myself, but there's a long history of the practice, and plenty of food bloggers now rave about the unique flavor of the berries in cooking, and the value they add to a spice cabinet. This is an old tradition-after all, there's a reason these plants are called Spicebush, but as with any and all wild edible foods, do your own research before forging (pun intended) ahead! It's important to be certain that you've both correctly identified the plant and that you're sure of how to safely use it before you eat anything you've found in your woods. If you've never encountered a food before, it's easy to eat it incorrectly, and with many plants (not just wild ones!), a lack of information can be dangerous. So do some research! Supposedly the berries are great in both cobblers and rubs, hopefully I'll even try it myself this year (I'll report back my findings, I promise!).

But of course, there's more to a plant than its uses, even a plant with as many uses as Spicebush. Birds use it, butterflies use it, people use it-it's clearly a species with ecological importance. What none of this tells you though, is that it's also extremely beautiful.


These berries are an excellent food source for many species of native birds, but they're also gorgeous.

In recent years, people have gravitated heavily towards plants that will supposedly repel mosquitoes from their yards; large box stores now sell potted "Mosquito Plants" of a variety of types, and anything that smells vaguely like citronella attracts people at a rate surely higher than the rate at which it may or may not repel mosquitos. I have heard nothing that has convinced me that these amorphously designated "mosquito plants" work as advertised; mostly they just seem to smell. What I can tell you about Spicebush is that it is not one of these plants.


A sure sign of spring, Spicebush flowers are always a welcome woodland sight at the end of the winter.

First of all, its smell is pleasant, not remotely overwhelming, and you'll really only smell it at all if you crush a leaf, trim some branches, or perhaps after a heavy rain. It will not repel mosquitos wholesale from your yard (I truly doubt any plant can).

What it will do is bloom yellow along its stems in the spring before the leaves come on, to the extent that it's been called the "Forsythia of the Woods" - providing nectar and pollen for early spring bees and other pollinators.


Keep an eye out: Spicebush Swallowtails aren't shy! This is a species that "puddles," seeking out salt and minerals that nectar can't provide, so sometimes they'll land on you, especially if you've been working outside and are temptingly sweaty.

What it will do is turn lemon-yellow in the fall, leaf-by-leaf, putting on a show at eye-height that even a sugar maple would be proud of - the contrast between the yellow leaves and bright red berries is fantastic.


Spicebush Swallowtail caterpillars are experts at disguising themselves-after all, what bird would be interested in eating a caterpillar disguised as bird poop? Older instars of these caterpillars turn green and take on a new disguise, imitating snakes, but they're hardest to spot during this young stage of their development.

It will also provide excellent nesting habitat for understory-nesting birds and feed the caterpillars of a particularly beautiful species of butterfly (also, certain growth stages of these caterpillars do that thing where they imitate snakes-look it up, they're adorable). It will help your local birds to make it more easily through the cold of winter, and it can potentially stock your spice cabinet.

But more than any of that, this is simply a species worth getting to know. Maybe it's because this was one of the first native shrubs I learned to recognize, but every time I find one in the wild it's like bumping into a friend, and the encounter never fails to cheer me up. If you find one in the woods and you're unsure if it is indeed a Spicebush, pluck off a small leaf, rub it between your fingers, and enjoy the familiar smell. And then, perhaps, stick that leaf behind your ear, and keep an eye out for black butterflies. After all, people aren't the only friend Spicebush has.


Spicebushes are often found growing as an understory shrub or along woods edges, but they'll handle conditions from sun to shade, in average to moist soil, and can grow up to 15 feet tall (and wide!)...and the fall color really is phenomenal. 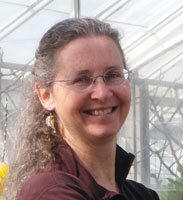